Top 10 4th of July Sales to Know About

When you think of seasonal deals, the first to come to mind is likely Black Friday. However, it's a little known fact that retailers offer specials and deals for a variety of other holidays and annual or seasonal celebrations as well. For those in the U.S., one such seasonal celebration is the 4th of July. As you celebrate the fireworks this coming summer, here's a list of retailers to keep in mind for their 4th of July sales.

Photo by Ivandrei Pretorius from Pexels

The connection between these retailers and a 4th of July sale is not immediately obvious. Some are even online retailers. To make things a bit easier, we've compiled a list of commonly asked questions when it comes to bargain hunting on the weeks surrounding this holiday.

When Does a 4th of July Sale Usually Start?

How Can I Get In on the Savings?

More often than not, a 4th of July sale will take the form of a clearance sale, marked down inventory and coupons. However, online retailers will also often times offer promo codes to be applied to your orders. These are only applicable during the timeframe of the individual sale.

What Should I Focus on Buying During a 4th of July Sale?

The best things to buy during a 4th of July Sale tend to be summer clothes, shoes and even outdoor camping gear. Interior decor is also often cheaper to buy as a result of sales during the Independence Day festivities.

What Shouldn't I Focus On?

Electronics are usually left out of a 4th of July sale. Although there are exceptions, this certainly isn't the peak time of year to hunt for the absolute best deals on laptops, televisions or summer must-haves like grills, which are usually marked down even further during off-peak times of year.

Photo by Artem Beliaikin from Pexels

We took a look at the deals offered during retailers' past 4th of July sales and looked at some of the pros and cons they brought to the table as well as the current and future trends for retailers that are known for their smash hit sales on and around the 4th of July. We've also listed the amount of savings you'll snag based on the costs of items that were included in 4th of July sales of the past.

Overall Expected Savings for a 4th of July Sale

Photo by Artem Beliaikin from Pexels

Although offers vary from retailer to retailer, the general amount of savings you can expect during a 4th of July sale is around 20% for your entire trip. There are exceptions, such as the increased savings offered by coupons and promo codes, which can decrease the total price tag further when they are used at the checkout register.

In the past, Amazon has actually broken the formula and offered up to a staggering 60% off on tech goods like speakers, tablets, cordless phone systems and smart assistants, like their Amazon Echo. However, these deals are usually short- lived and rapidly changing, and many of them are only open to Amazon Prime subscribers, particularly for deals on Amazon-branded merchandise. This said, Amazon isn't afraid to offer huge savings to its customer base, and a 4th of July sale is no exception.

Prices for products, such as a Samsung Flat 65-inch 4k UHD Smart LED TV are now very affordable.. The Amazon Tap dropped in price from $130 to $85. Similar savings can be expected during the upcoming sales.

Macy's is known for the quality and scope of their 4th of July sale. Last year, they offered up to 70% off on clearance items as well as 10-20% off with the use of a promo code. Items that were already reduced were knocked down in price even further with an additional 25% off. The deals applied storewide, meaning everything from handbags to home goods was included. With a $3 donation to the Macy's veteran's program, they also offered a coupon for $25 dollars off any item.

Items, such as the Bar III zip-back tank top, dropped in price from $30 to $17. Polo Ralph Lauren chino shorts dropped from $75 to $21. On top of these savings, the promo codes offered could be entered at the register for even further off the price. Similar savings can be expected during the upcoming sales.

For their last 4th of July sale, Lowe's focused on closeout deals for patio furniture, grill accessories and remodeling materials and tools. Online shopping was also not left out of the picture, with deals applying to both online and in-store items. The deals were for the most part divided by department or brand, with patio and garden getting marked down 50% and specific brands of mosquito and bug repellent manufacturers getting marked down 25%. A variety of other specific items also had their prices slashed, and a specific selection of items were also available for free shipping.

Items, such as the Werner 8 foot aluminum step ladder, dropped in price from $88 to $69. The Char Broil 3-Burner Gas Grill dropped from $179 to $159. Similar savings can be expected during the upcoming sales.

For their 2018 4th of July sale, Walmart offered discounts for just about everything they offer storewide. Seasonal items, such as outdoor furniture, bikes and summer clothes, went on sale with up to 20% off sale-priced items with an additional promo code. Additional rollback deals also appeared for the holiday. Groceries are also included in the sale, with deals for 4th of July barbeque basics.

Although tech deals on the 4th of July are somewhat lackluster, computer manufacturing giant Microsoft is known to offer special deals on Independence Day. PC and Xbox commonly sport reduced price tags as well as deals for their flagship tablet models. The sale is held via their online store.

Reduced pricing for items during past sales included the Surface Pro Intel Core i5, which dropped from $1000 to $800 in price. The Lenovo Ideacentre Gaming Desktop Razer Edition was discounted a full $1000, going from $2600 to $1600. Similar savings can be expected during the upcoming sales.

The deals available during Home Depot's last 4th of July sale were similar to those offered by Lowe's, as the competing stores' offerings tend to be. Theirs included free propane with any gas grill purchase as well as 40% off all in-store patio furniture. They also instated a 3 for 2 bargain per cubic meter of mulch as well as 30% off selected appliances with 24-month financing. Paint was discounted for $5 off 1 gallon and $20 off 5 gallons.

Reduced pricing for Home Depot's 4th of July sale included the Samsung Stainless Steel Dishwasher. It was originally priced at $699 and was reduced to $498. Similar savings can be expected during the upcoming sales. 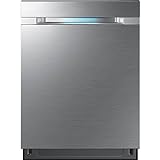 For Target's previous 4th of July sale, they offered a variety of slashed rates, promo codes and storewide discounts. Patio and decor were marked down 20%, along with 20% off skin care and 20% off all clothing, with the use of a promo code at checkout. With another promo code, about 30% of the total price for home items, furniture and patio products could be discounted, all this, along with discounts of between 25% and 35% off select items.

Reduced price items included the Xhilaration Women's Cut-out Embroidery Trim One-Piece Swimsuit, marked down from $29.99 to $23.99. The Oster Classic Series 5-Speed Blender was also dropped from its original price of $25 to $17. Similar savings can be expected during the upcoming sales. 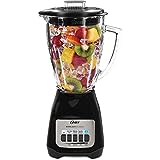 While Sephora doesn't usually hold a full-blown sale for the 4th's festivities, it isn't unheard of for them to offer some secret Independence Day discounts. Commonly-sighted sale items include 50% off of eye shadow applicator brushes, combo deals and up to 50% off eyeshadow palettes. These deals are accessible via their online shop.

Reduced price items included the Urban Decay Distortion Eyeshadow Palette, which dropped from $48 to $24. Also discounted was the Smashbox Iconic Photo Finish Foundation Primer Mini, which dropped in price from $16 to $10. Similar savings can be expected during the upcoming sales.

Photo Finish Foundation Primer by Smashbox for...
Buy on Amazon

Wayfair is well known for its generous discounts on ordinary days of the year, but on the 4th, they go the extra mile to discount a variety of goods. For their last 4th of July sale, they slashed the prices of a wide range of select items beyond even the lows typical of this online discount retailer.

Reduced price items included the LuuNguyen Outdoor Hardwood Tete-a-Tete Bench, which was cut in price from $417 down to $195. Another price cut was received by the Steiger ​​18-Piece Wine and Champagne Glass Set, which dropped from $200 to $64. Similar savings can be expected during the upcoming sales.

Image via Bed,Bath & Beyond

Bed, Bath, & Beyond is a retailer known for their coupon and promo-based discounts, and during their last 4th of July sale, they didn't disappoint. One offer was up to 65% off their Red, White & Blue products, along with an extra 20% off one item with the use of a promo code. This was coupled with up to 50% off select products storewide, both online and in-store.

Which one should you choose? Although no one can predict exactly what will go on sale this coming 4th of July, by looking at these businesses' past 4th of July sales, we hope we've given you a sense of what to expect and where to look for the most valuable bargains. Be sure to give these outlets a look during the firework-filled weeks leading up to the 4th of July - we're certain your wallet will thank you.